Manchester ( Report Tanveer Khatana) Entertainment is the Alternative name for Lock down promotions and they have proved it once again that they are the Best in the Market by organising yet another Successful Event thanks to Rangzeb Nazir and His Crew. This Event was Organised in Manzil Restaurant a Popular place in Manchester. It was the First time LockDown has joined Hands with Radio Station and yet Again it was not Anybody else but the Most Liked Asian Radio outside BBC, Radio Sangam. This Event Attracted Mainly Youths as Far from London, Birmingham, Shefield, Leeds, Bradford  a strong Crowd of Around 400 people Enjoyed the performances of UKs Top Elite of Artists and the Event was broadcasted live on Radio Sangam 107.9 FM Thanks to our own Sherry Hassan for Taking us Live on Air with All the stars. Rehan Kiyani and Amar Bukhari hosted the Event and With their Unique style of Hosting every one Enjoyed it the First performance was Of Raheem from Bradford and while Talking to Radio Sangam Back stage he said he loved his performance even though He is an English Artist but this Bollywood style performance is brilliant .He is working on A few of his Singles which will be out soon. Elusive was the 2nd Performance and they did mesmerised every one with their electrifying Performance while Talking to Radio Sangam Back stage they Promised us for an exclusive visit to Radio Sangam. Sonash Dancers, Azzy Jaat, Yasin Khan, Asif K, Flowzy, Aidan M performances were so Electric that People were Dancing to The Tunes. Some of the Fans while Talking to Radio Sangam Said they Really Loved the Event and All the performances from Artists were Brilliant. Zack Knight, Asif Khan and all the other Artists have promised to come for an exclusive interview at Radio Sangam. Zack Knight while Talking to Radio Sangam Accepted the invitation to come down to Huddersfield and Told us all of his tracks he sung so Far are His babies but he loves his ya Baba track the most. Asif Khan while Talking to radio sangam also promised to come down to radio in two weeks before he fly away to pakistan for his medley video shoot with Naseebo lal. The Event was very well organised by lockdown promotions security and other arrangements were professional and that is the key of success for Lockdown. 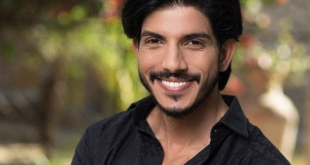