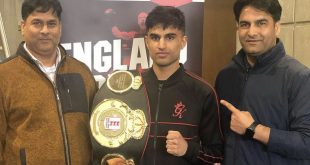 DUBAI – Test captain Misbah ul Haq will use the Pakistan Super League (PSL) as a platform by which to make a decision about his international future, and said that he is likely to take a call within the next month.

Misbah will lead Islamabad United, the defending champions, during the tournament’s second edition in the UAE.

“The idea is to assess myself how badly I want to play cricket,” he told ESPNcricinfo. “I think in this one month I will make my decision to quit or at least give a certain date. I could easily have quit after England series in UAE [in November 2015] but that wasn’t the right way.”

Misbah’s future has been the subject of ongoing speculation since that home series against England, but it has assumed greater urgency after Pakistan’s recent run of six consecutive Test losses as well as his dwindling contributions with the bat.

But Misbah said he continued to play on out of a sense of duty to the team he has built over the last six years.

“You sometime don’t see your own achievements and personal gains,” he said. “You also have to think about the team you have built, you have to see where it stands at a certain stage. Otherwise it was easy for me to retire after taking Pakistan to number one. I don’t really think about my personal gains and I knew I had more to lose from Australia and New Zealand, but I think that wasn’t a right way to think about. I had to stand there and give youngsters a message that you have to face the music in tough situations, face the challenge.

“That was my thinking behind and I am sure [critics] will come up with another narrative to disagree with me. No matter that you lose, but accept the challenge. Don’t run off. And at least give them [youngsters] the encouragement, stand behind them.”

Considered the “most successful captain in Pakistan’s history” after Imran Khan and Javed Miandad, Misbah has already captained Pakistan in more Tests than any other leader, and has also led them to the most number of wins (24) – he does, however, have more losses against his record than either Imran Khan or Javed Miandad.

His contributions as batsman have been significant as well, averaging 50.55 as captain. That places him in elite company in a list of the most successful batting captains (of those who have played at least 75 Test innings).

Misbah will turn 43 in May and was, until as recently as last summer, among the fittest players in the side. 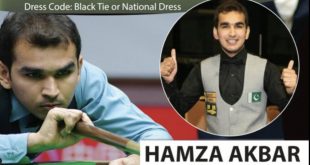