Tariq Khan Legacy the Greatest Singer of our Time 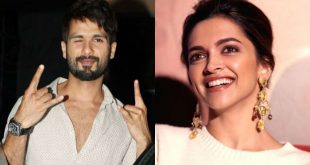 After Deepika, Shahid Kapoor to get wax statue at Madame Tussauds museum

Do You Want to How to Write a Great Blog Post

best singer in our times. Every times he realease a song it is Hit. So if we say he has a Habbit of  producing hit tracks the statement will not be wrong at all.

The man is known for his styles, his vibes his looks and his down to earth personality. We invited him to radio sangam for an exclusive interview and were very much impressed with his taste of music and they way he sung live. Started of his career with remixes he sung madam Noor jehans sone de tawetri which was a popular track when it was released.

Tariq Khan had a little gap because his Father died but he came back with a bang by releasing the single Yaddan which is another mega Hit. Tariq is working on his new single Mehndi which is in the editing and will be released in next two months. Tariq has released Many singles and albums on the question of working in India he said he has received many offers to work in Punjabi Movies in indian Punjab but he refused as his focus is music and he wants to concentrate on his music but he also urge his Fans to support the singers by downloading the music legally which will benefit the singers and then singers can produce more music but illegal downloads do not help singers. Tariq Khan will be visiting Radio sangam very soon again to do his own show where he will be playing his favourite music and obviously singing his tracks.

If you do, then you’ve come towards the right place. Because I am going to …