Birmingham: Nasa Munir, the upcoming young British Pakistani singer is all set to rock the world and music charts with his brand new single ,” Without You” which has already got some good reviews from Audience and music lovers. Nasa Munir a graphic designer by profession from Birmingham and Rawalpindi in Pakistan has just released his brand new single, which is also his first video track, even though he has released three tracks,”Mahi” “Saye” and “Manwa Re” previously which were mega hits but this one is very close to Nasa’s heart. 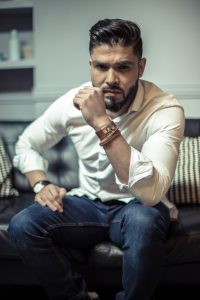 While speaking exclusively to Sangam News Nasa said,” music is my passion and I want to bring communities together with the power of music, without you is very special to me as it takes me back into my memories, for upcoming artist I will say carry on working hard you will achieve your goals, make sure if you want to come in to the music industry you are 110% sure because you have to invest a lot in to it, specially time, and time is something you don’t get back. Be true to your emotions and do what you feel is right and thats the only way to create music with mood and feel”.

Nasa started singing at the age of six, and grew up listening to Mohd Rafi which he believes to be his mentor and inspiration. In the early years of school and college, he began to sing amongst friends and family which encouraged him to contemplate a singing career. At the same time he pursued his other passion of graphic design. 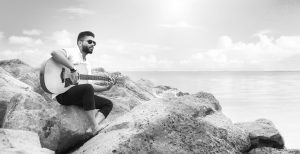 In June 2010, Nasa got in touch with Frantic Studio, and with their experience in the music industry, they quickly signed him up with Creative Independent Management Team.

Nasa started to learn the principles of classical music with his Ustad, Ustad Ansar Khalid, disciple of Ustad Nusrat Fateh Ali Khan in 2010. Nasa learned quickly given his zeal for classical music and continues to grow his musical talent, where he also learnt to play harmonium.

Nasa’s first professional studio recording was in February 2011 as playback vocals in the Hindi section of and English track called Rishi “CLUB SCENE”. Since the worldwide release of Club Scene, Nasa is now working with various artists around the globe. He has worked on tracks like
“Rishi ‘CLUB SCENE’ ft Nasa” and “I Need A Girl – Ft GV & Nasa” which were mega hits in UK charts.

He has also performed live at “Dub Qalandar, A fusion between Sufi and Reggae Music” and “Under the Sitars with Citizen Khan with City of Birmingham Symphony Orchestra (CBSO)” events. These two events have been a big kick in his career and he is now branded as the upcoming melodious sensation of Asian Music in Britian. 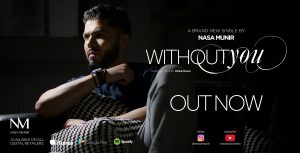