Manchester: Pakistani Cinema has produced some amazing films in recent times. New actors, directors, storylines and locations have improved the quality of Pakistani films and they are considered good films worldwide now. 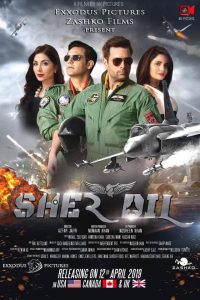 The New Pakistani Film ”Sherdil” also ticks all the boxes from entertainment, Music, Storyline, Direction and Acting. The first half alone should satisfy your entertainment cravings.

The lead role in the film is played by a well known Pakistani Actor Mikal Zulfiqar who has previously worked for Bollywood films too. While speaking exclusively to this corrospondent, Mikal Said, ” playing a fighter jet pilot in the film was like a dream come true. I think I will be the only civilian in Pakistan who has experienced a fighter jet flying experience.”

” Sherdil the film is very different, not only it has the patriotic touch but music, dance and comedy that will entertain you. In the film we have an Indian pilot too but we have treated him with respect, we never thought of degrading anyone and through the film we tried giving a message, and that message was peace.” he further added 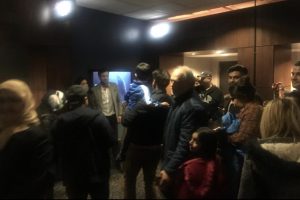 While referring to a question about UK and US film release Mikal Said, ” I think our community need to come out and support our cinema, we have the expertise, stories and actors but we just need support so that we can create amazing projects in the future too”

Sherdil revolves around an aspiring fighter pilot, Haris ( Mikal Zulfiqar) who is born to fly. Haris. against his father’s wishes wants to become a fighter pilot and soon lands at the PAF Academy. There, Haris, finds a jolly but a “Phattu” sikh, a “pendu” Punjabi and “player Isloo boy” as his gang members; the manifestations of almost every kind of cadet that you find at the academy.

The aforementioned characters add a comic yet an authentic feel to the cadet life shown in the movie. They are all, however, introduced in a rather haphazard way.

After its successful run at Pakistani cinemas since its release last month, the film was released in cinemas across UK, US and Canada by Zashko Films & Exxodus Picture and PR was done by House of Advertising. The film had mixed reviews from cinema goers. 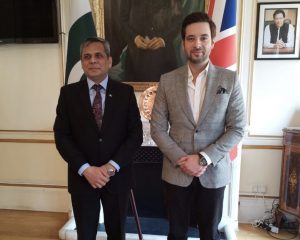 Mikaal during his brief stay in the UK for Sherdil film promotions visited the BBC, Spoke to Radio Sangam, met and watched the film with fans. He also met His Excellency Zakria Nafees, High commisioner for UK.